Back to all submissions

Find out what ad trackers are stopping your favourite sites from being secure!

The NSA and other surveillance agencies monitor network traffic. By scanning the content of this traffic, they learn your habits, your interests, your political views, and more. As the Snowden revelations indicate, this monitoring is done on a mass level, affecting whole populations.

As reported by the Washington Post, news websites are particularly important for this sort of monitoring. By looking at what news articles one reads, analysis can reveal what current events and political views someone might hold.

There's a simple way news and all other websites can make this sort of mass monitoring less feasible. They can implement SSL by default. This will encrypt the traffic between you and the website your visiting, and hide the url and the title of each page you hit.

But news websites aren't implementing SSL. The "problem" for them is they rely on dozens of ad trackers for revenue. In order to implement SSL securely, all resources loaded on a page must also be served via SSL, including third party trackers. News websites claim that because these trackers don't support SSL, neither can they.

That's where TrackerSSL comes in. Our Google Chrome extension monitors the third party connections loaded when you visit a page and checks whether or not they support SSL. We assign a score for a given page, based on how many trackers support SSL. We determine SSL support by running each tracker URL through the EFF's HTTPS Everywhere engine.

The idea for the score is to find out which websites could easily implement SSL (since most of their trackers support it), and which still have a long way to go (cases where most trackers do not support SSL). Privacy-conscious end users can use our extension to name and shame websites with a high score, Tweeting to the websites that they have no excuse not to turn on SSL given most of their ad trackers support it. Our hope is that this advocacy can make a small impact and encourage several news websites to turn on SSL and thus stop enabling mass surveillance of innocent people. 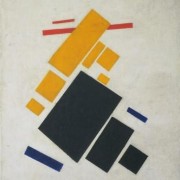 Comments for this submission are closed. View the software in garrettjeffrey's portfolio to continue the conversation.